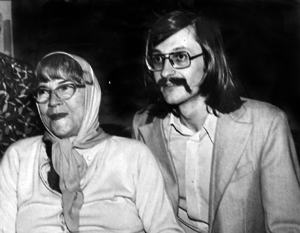 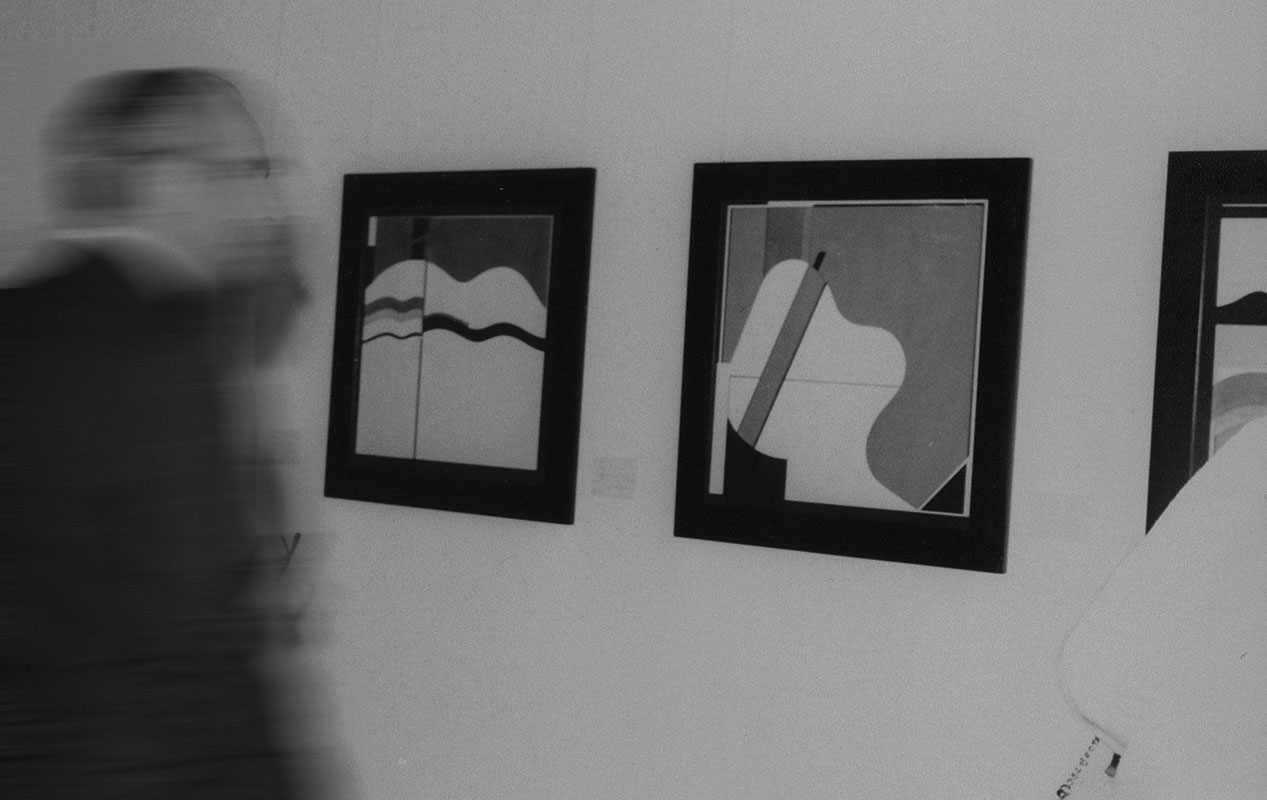 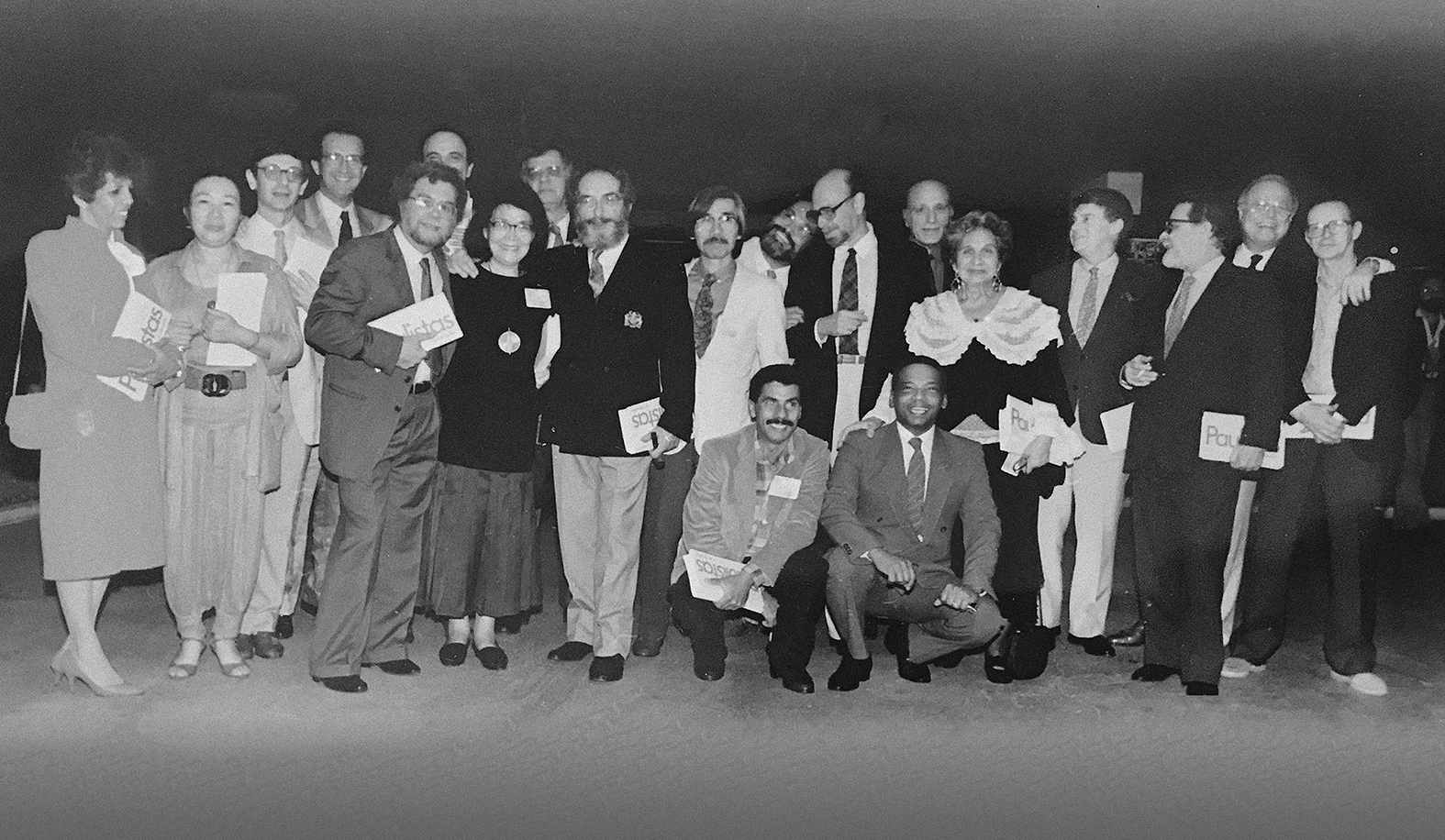 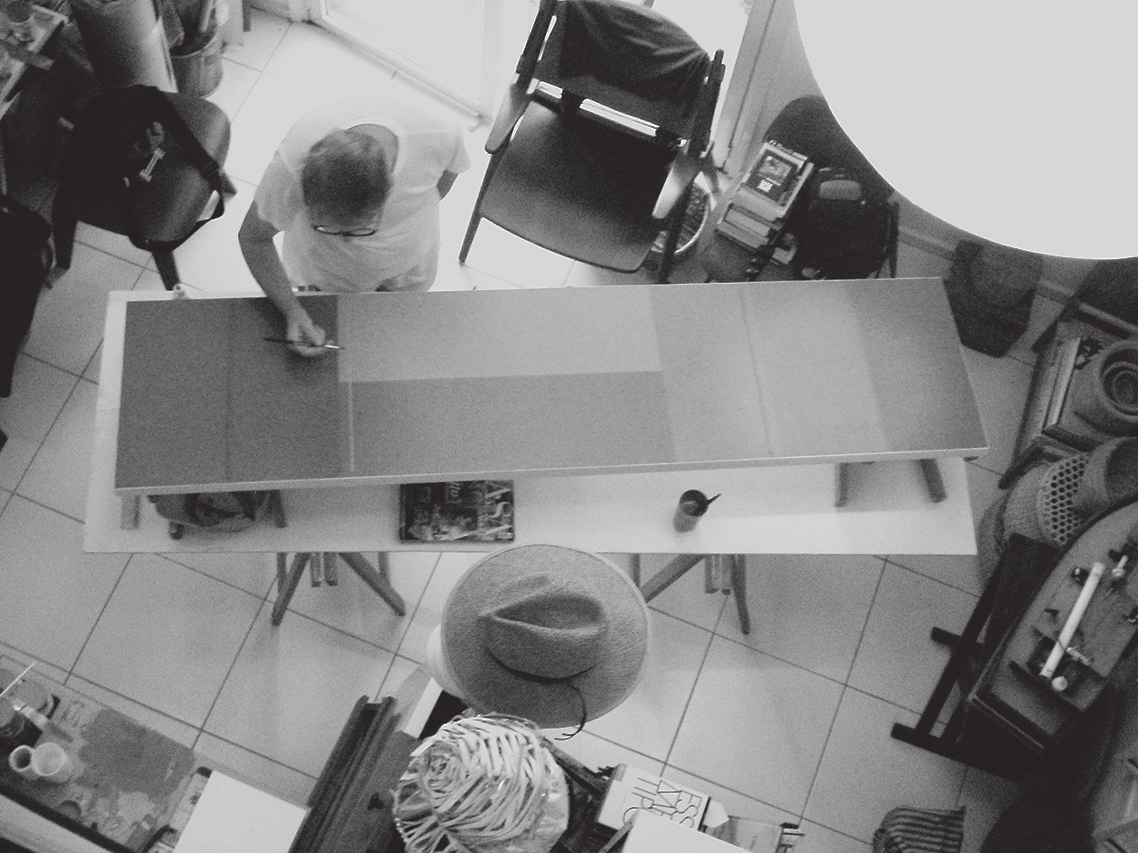 No atelier em [at studio in] Pariquera-Açu

Painter and designer, Tuneu [Antonio Carlos Rodrigues] studied with Tarsila do Amaral between 1960 and 1966 and was influenced by Wesley Duke Lee. He was assistant to Willys de Castro and Hércules Barsotti for several years. In 1966, he held his first solo show at Bar João Sebastião, in São Paulo.

Among the exhibitions in which they participate, the following stand out:

In 2021, the book TUNEU-TRAJECTORY was published, organized by Galeria Raquel Arnaud and edited by Caroline de Menezes, about his career and work.

"There are shadows, breaks and cuts on the plane, a searching and departing light, a space that escapes. There is always a point of conflict that appears on the canvas that soon blends in with the entire balance of the image. There is no need to translate into words what the artist, so particularly, does through art. One has only to see his work to realize that his pictorial space considered “intelectual” by some possesses an undeniable profusion of sentiment narrated and transmitted through the organization and presentation of the abstract forms."

Part of the text "Geometry of Emotion"
by Caroline Menezes.
from the book TUNEU, 2021.

All rights reserved. Any work presented on this website or any portion thereof may not be reproduced or used in any manner whatsoever without the express written permission of the artist.